* Google Translated. Sorry.
Moderators are a special caste of people.
They are essential as a function, of course. But for the most part, this is an ecstasy of their power (even if very small).
It is possible that the function was originally designed incorrectly.
“The actions of the Moderators are not discussed or criticized” – this is the main violation of all basic Human principles.
An anonymous, unknown man, based on his strange worldviews and principles (or their absence), makes decisions that cannot be challenged in a simple and accessible way.

Lived – There were several quite useful and convenient free Plugins.
They were written in WP 4.2 and even earlier.

And they didn’t require absolutely any changes due to the WP core update. That is, they work fine on the most recent versions of WP. Checked for 5.6.1 at the time of this writing.

That is why there was no point in releasing updates for them, in which only one line in the readme.txt file would change.

That is, Users with WP versions older than 4.2 have seen that the Plugin has not been tested on these versions and has not been updated for several years.
Users in this situation have 3 options:
1. Do not install such a Plugin so as not to create problems for yourself.
2. Ask the TP of the Plugin if it will work on new versions and why it is not being updated.
3. Install on your own (after making the BackUp system). And in case of failure, write in the TP of the Plugin that something is wrong with it.

Either option is correct.

This is how I assumed the development of events. There was often not enough time for more important things than creating the appearance of activity.

Well, it’s the same as if the Moon hasn’t been renewed for billions of billions of years. But it works!

However, the Moderators decided at some point that it was so wrong. And there is no more important thing for them how to disable these Plugins. And for one thing and disable the ability to publish new Plugins.

Or maybe it was not even real people who did it – Moderators, but automatic scripts with certain filters. And it’s also unfair in this story that the WP Plugin Repository has a lot of Plugins that have not been tested for many years for new versions of WP.

Punitive sanctions are selective and targeted.

Yes. WordPress is actively developing. But in the process of active development, Mutations occur in many. Initially beautiful Creation, sometimes turns into a Bitchy Aunt. It’s a shame when this happens to your dear Project.

I’m not even trying to talk about this on the WP Forum.
All my Posts and Comments are pre-Moderated and many of them (the best, even according to some of the former Moderators) are not published. ))

P.S.
I guarantee that everything you say (except for explicit advertising) will be published.
This is the essence of communication and the search for truth.

GravityView (whatever my attitude towards him) popular tool. But the built-in Export allows to generate only CSV files. For many, this is inconvenient and insufficient, because tedious post-processing of such files is required. The presence of the Cyrillic alphabet in the name of the fields can greatly spoil the mood and desire to do something.

This Plugin is designed to solve this problem.
END_OF_DOCUMENT_TOKEN_TO_BE_REPLACED

Pleasant in all respects Theme “GeneratePress”. But there was a need to slightly improve the interface. With vertical page scrolling, the horizontal Menu should sticky at the top of the window.

END_OF_DOCUMENT_TOKEN_TO_BE_REPLACED 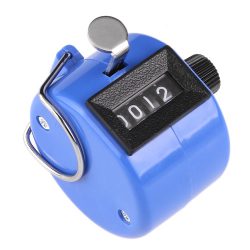 It does not use any additional requests to other servers, which means it consumes minimal resources.

Displays the count of all views of any page as a number.
You can customize your own display style. Use class: ‘wpgear_counter_hits’

Just paste Shortcode 'Get_Counter_Hits' wherever you like and that’s it.
Or you can use calls in PHP scripts code:
echo get_Counter_Hits (0);

If the Counter is installed on a Site that already has certain ratings, then you can adjust the readings using the attribute base. For example: 'Get_Counter_Hits base = "100000"' will add + 100000 offset to the current Counter.

“Hack-Info” – Free tools (Now, “Hack-Info” – it is a standalone independent complete tool.
Previously, it was like Add-On for “iThemes Security”. But time has shown that it is bad to be dependent on others.. Especially when their DB structure changes.
) to make improve the perception of information about events, which is important to quickly and in detail see and understand. Without the need for unnecessary clicks and conversions. “Hack-Info” notifies the site administrator by providing a detailed list of IP addresses, requests – attempts to scan resources and search for passwords with names.

END_OF_DOCUMENT_TOKEN_TO_BE_REPLACED

“Users Login Monitor” – A freeware plugin, for daily-notify site administrator, about users who logged in during the day.

END_OF_DOCUMENT_TOKEN_TO_BE_REPLACED

“New Users Monitor” – A freeware plugin that will help you quickly find out that you have already been hacked. This is main task of ‘NUM’. Well, in general, ‘NUM’ will inform about the appearance of a new user in WP. If you are an administrator, then such an event is important to you.

* All new users will be highlighted in red until Admin confirm each of them in User-Profile.

* This plugin has already helped out many times when some of our sites were hacked. But we quickly found out about it. And we were able to fast stop the problem.

* With the active Option: “Deny Login if User is not confirmed”, you will sleep much more peacefully.

END_OF_DOCUMENT_TOKEN_TO_BE_REPLACED

Transform a simple Google maps publishing plugin into a convenient tool for map studies and browsers.
This plugin does not have the PRO version with functionality. In fact, we got a new standalone product.

END_OF_DOCUMENT_TOKEN_TO_BE_REPLACED

In the basic version of the card game simulator BlasYak – it has everything you need and nothing is superfluous. Decent approach. But you can make this simulator even more convenient if you add some features that are not even in the PRO version.

END_OF_DOCUMENT_TOKEN_TO_BE_REPLACED

A very popular plugin for viewing images and video in a popup window.
But most of the options available for setting only in the PRO version. It’s frustrating, because there are solutions where the same full range of options is completed in the basic free versions.
It is also irritating excessively bulky banner calling to buy PRO version of the plugin. Complementing the presence of irritation all inactive missile defense configuration page options. Why look at them if they are not available? It was enough to have a modest presence of references to describe the benefits of the expanded version.

So, for fans of this particular plug-budget solution, we offer a complete set of the required configuration options and make the settings page simpler and convenient.